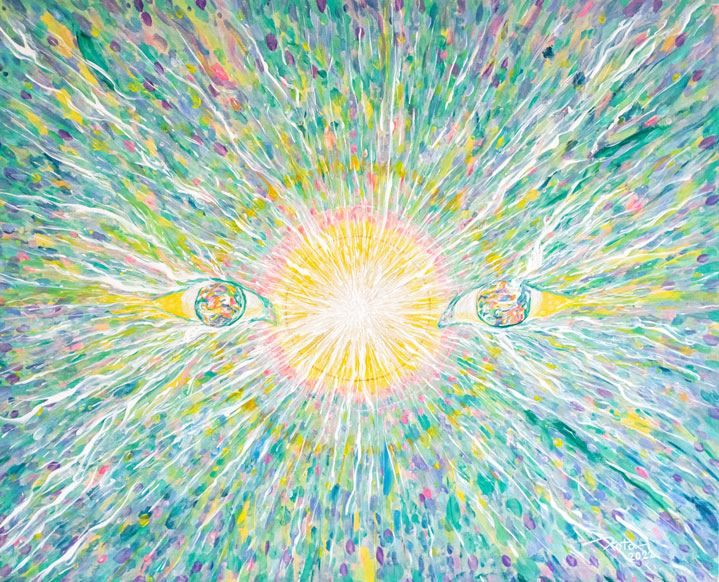 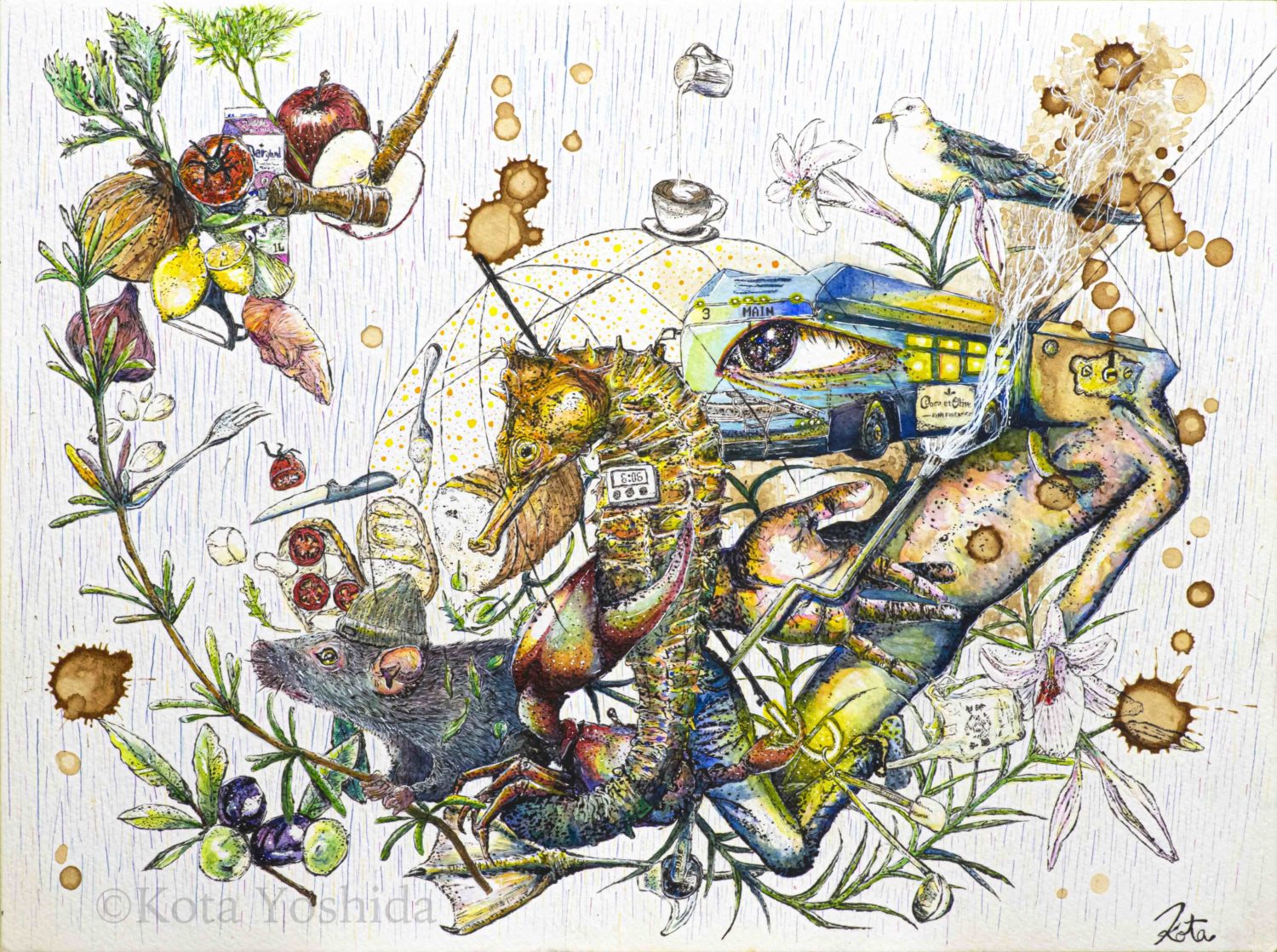 Kaiju in my heart

At the beginning, it was very small, and I imagine it was like a tiny bubble in water.

Step by step, it was growing up as I can see, then it was little crawling around.

One day, it was clearly big and strong,

it has been behaving violently with heavy sounds.

Eventually, it attacks around, and hurts around.

I could not help to keep letting it be there.

I asked and blamed strongly it "Why do you behave bad?"

"I am who you are, and you are who I am. But you cannot handle with it, so I was born and instead of you I rage here."

I finally understood it all.

It was telling me by raging.

It tells me who think it's impossible to do what I want to do.

It tells me who think it's an obligation for living.

It tells me who cannot take actions even the time is limited.

It tells me simply "go forward".

I realized what it is an important existence.

I realized what it is for protecting me.

I apologized and appreciated badly to it, and dropped tears.

Then it was gone somewhere.

One day, it will be back with different shapes.

Because, I am "the" person. 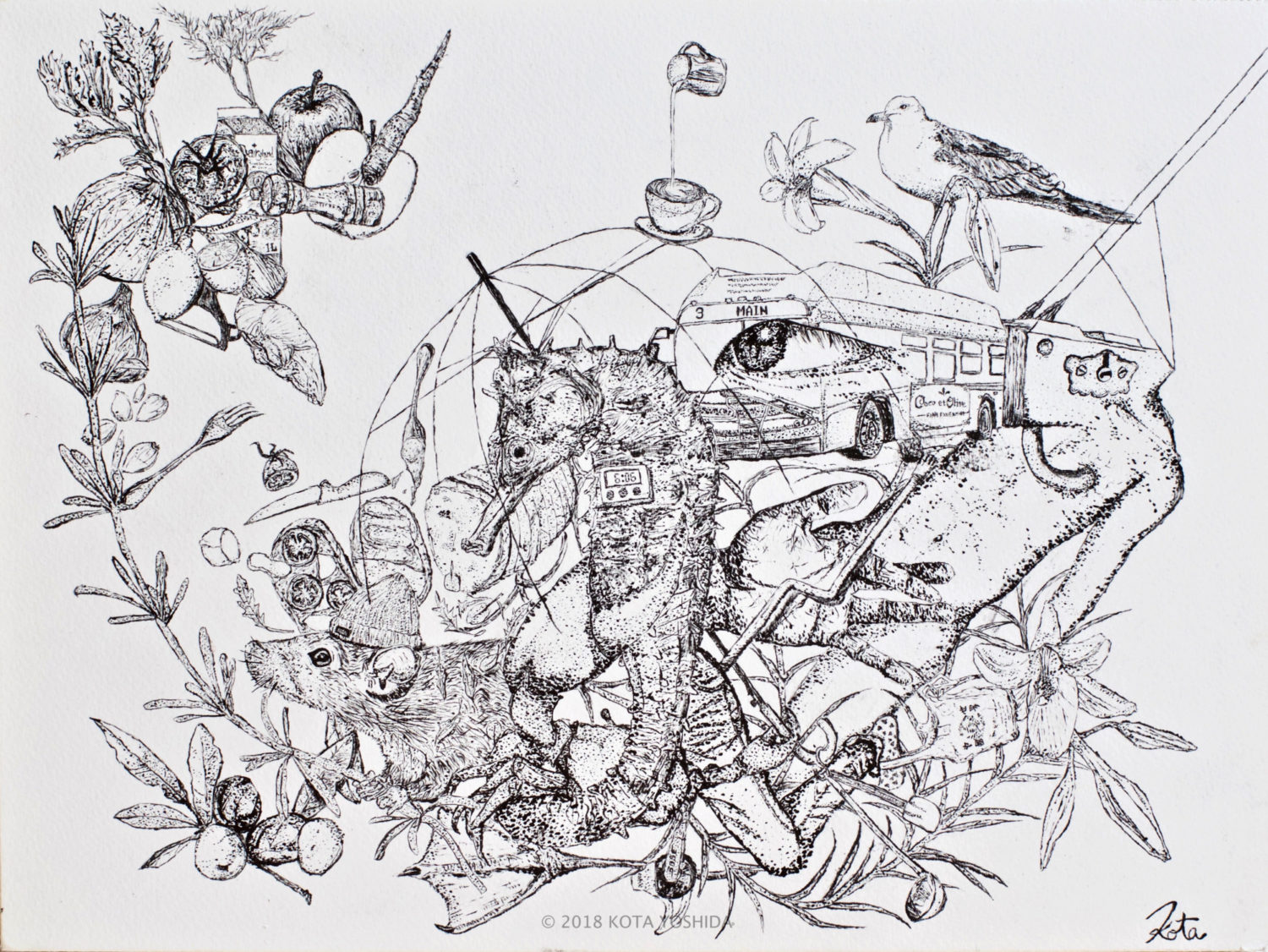 ・This is art work of time course that shows a person's growth record.

・since one day, negative emotion such as anger and suffer are turned to be a kaiju that rampages in my heart.

I drew it in black and white.

・After apx 2 years, I can feel positively for the past that is necessary and the everything had meaning.

Like that person (I) who can accept all positive painted it, and finished it. 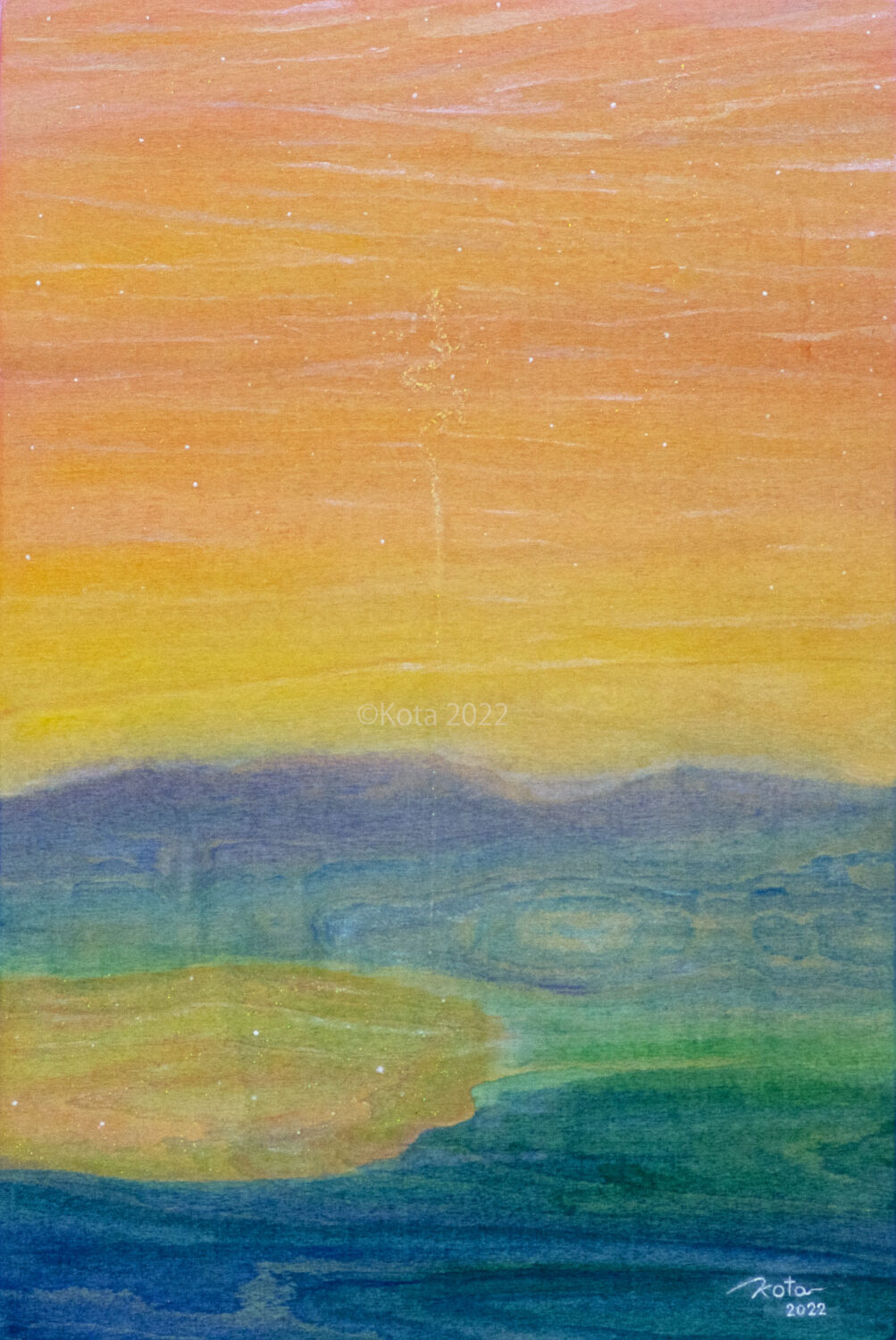 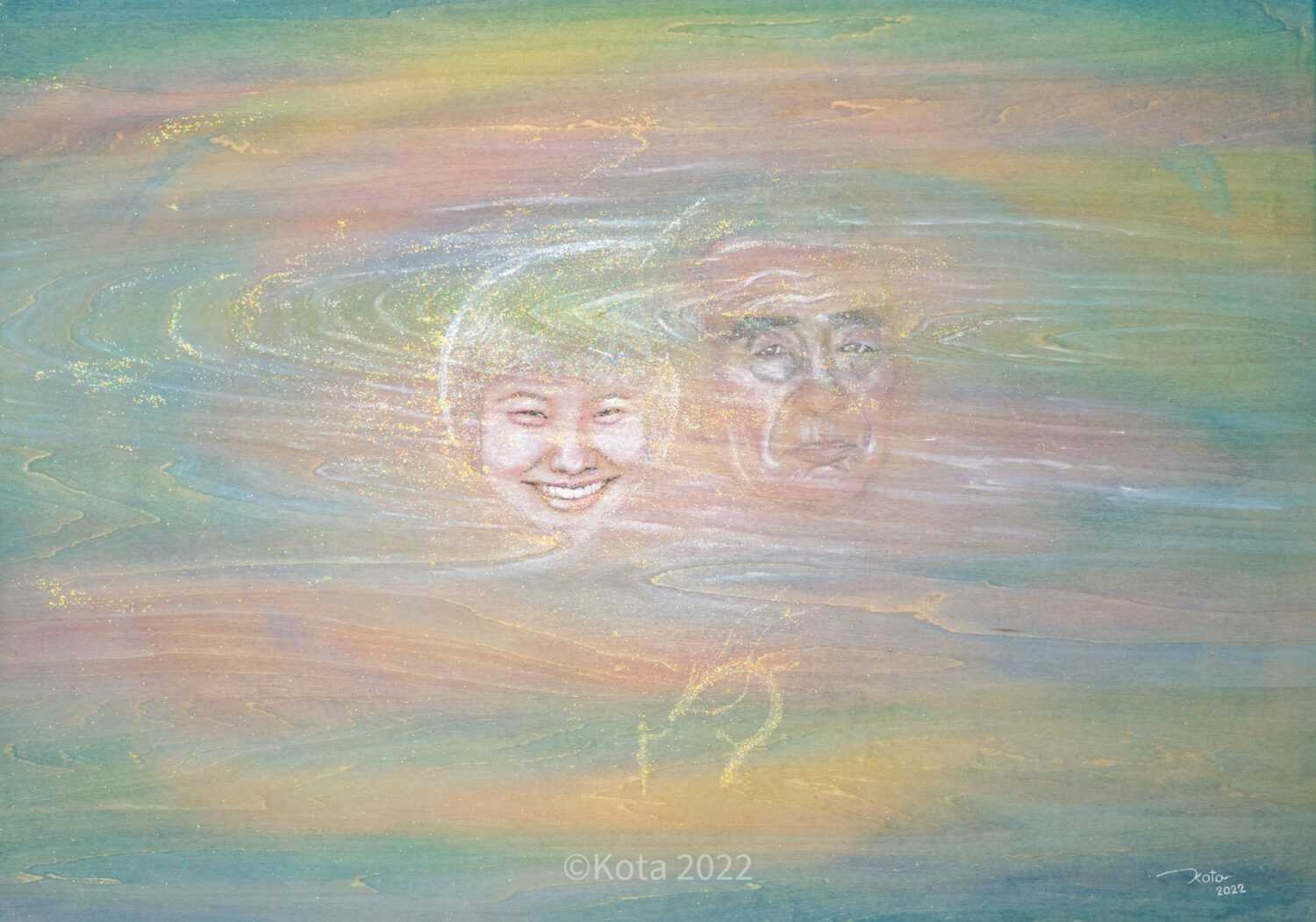 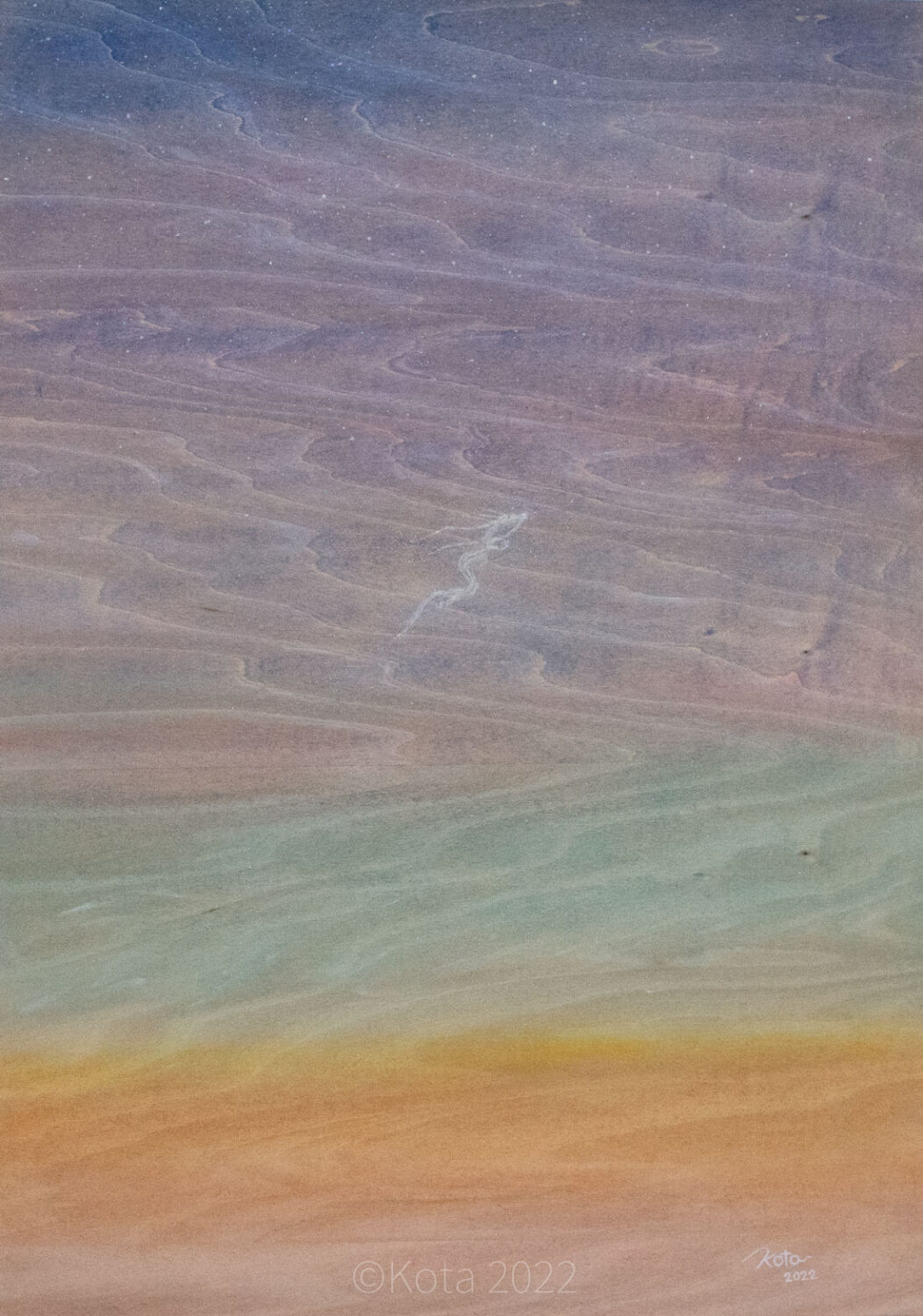